Testing Times - the unexpected development of the New Holland 276 Baler

I started my first job at New Holland in Aylesbury as the first Engineering Trainee (£10 per week), my programme involving work in most departments for a couple of months, or more, each.

The main products included the Super 68 and 278 balers, Double Chop forage harvesters and land drive muck spreaders, my first job being on the ’68 assembly line.

This was my cup of tea, as I had been using one for many years at home (probably why I got the job!) 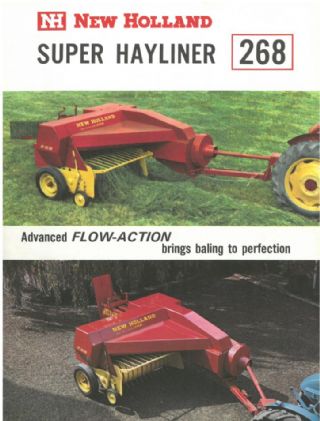 The powers that be in America decided that the 268 should replace the 68 in England and about a dozen prototypes were built for test in Europe. I had spent some time in Product Engineering, where my boss invited me to join IAgrE, but wasn’t there when these machines were in development. The 268 (looking like a grand piano) used a linkage from the plunger, rather than a chain driven gearbox to operate the cross feed system, no doubt to save money.

The 268 went into production and, once in the field, began to self destruct. Panic ensued and the returned prototypes were inspected to reveal the same issues! (Note to self – if you build test machines, do carry out meticulous checks on them!)  I now joined the ranks of the Field Test Department with a 6 cylinder Nuffield tractor, a Browns bale Juggler ( it formed ‘Flat Eights’ and tried to kill me through my own stupidity) and a test 268 in between. Thrashing this combination hard, I was able to break the feeder linkage on a regular basis, although each modification generally improved durability to the point that a field fix kit went into production.

Dealers, however were very grumpy, accustomed, as they were to the reliability of the 68 and at the Dealer Conference were promised a new machine within a year.

The Engineering Department had taken a violent dislike to the Swing Arm feeder and wanted to go back to the chain/gearbox system with improvements to plunger speed, hence capacity.

A test in South Africa was approved and a pair Tel Flow (TF) machines, running at fairly high speed, were shipped out, but this wasn’t intended as an immediate solution to the 268 problem.  Instead I was invited to make the trip to Johannesburg, together with my boss Robin Morris and a big box of ex 278 production parts airfreighted to catch up.

On arrival we attacked one of the test TF machines and set about converting it into the first ever 276. My experience in the various departments came in handy as we only had a portable welder, drill, hacksaw and files (no baby angle grinders then). Our car was a Ford Corsair, it wasn’t impressed when we had to put two main gearboxes in the boot on our way to a workshop with a big press to change gear r 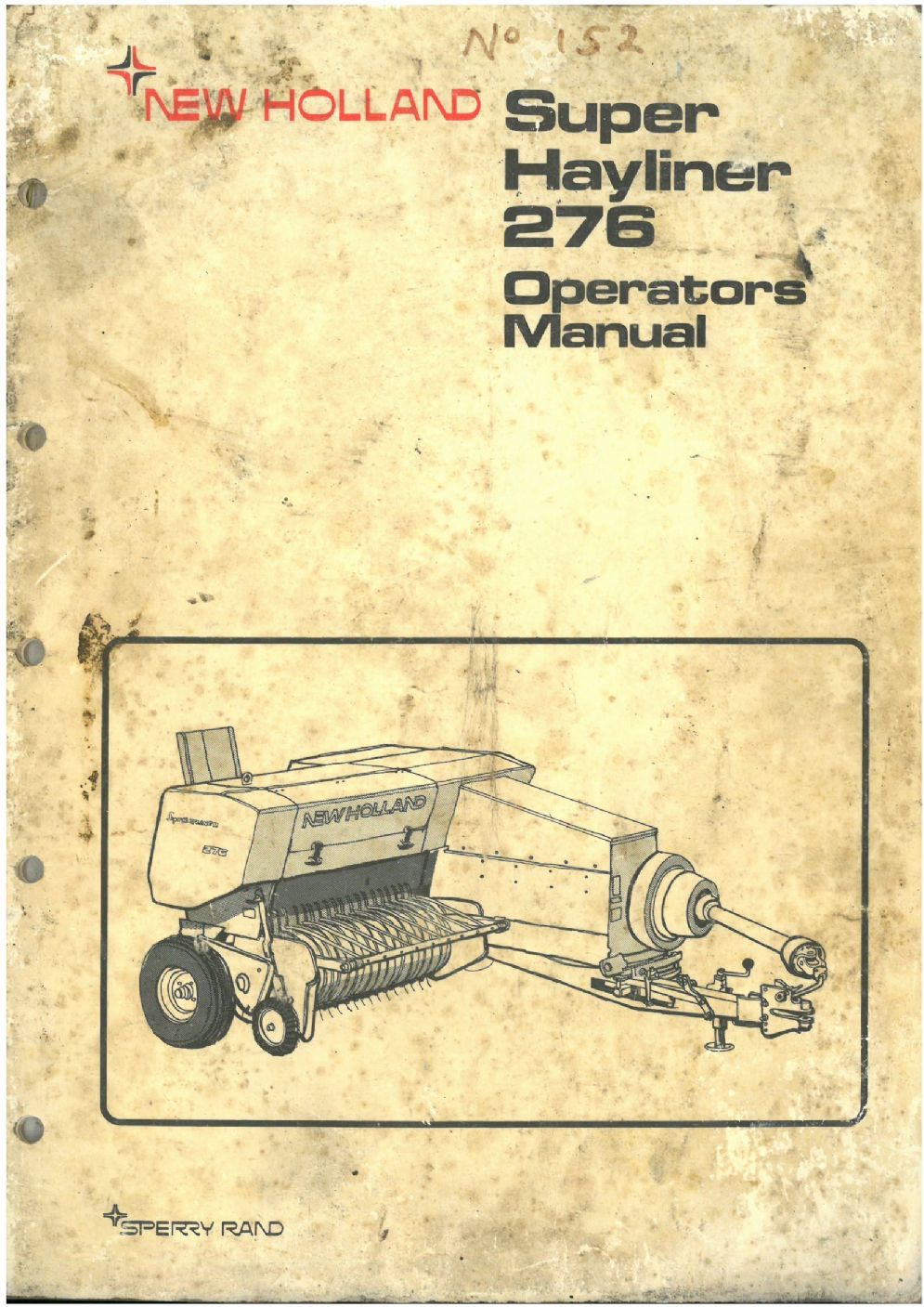 atios! We now had two test machines working on the Southern Municipal Farm, irrigated by water from the city sewers.

The original test TF machine had poor bale shape, but good capacity, so having got the 276 going Robin and I spent Christmas (well most of the time anyway) discussing, cogitating and modifying the TF. This featured sprocket timing which could be tuned, and we found some American parts in the dealer’s store, all combining pretty well. Our first test was a revelation with a 20% capacity increase and excellent bale shape. Back in cold wet England our sketches were turned into a working prototype of the 276 as our pleas to get the TF machine into production went nowhere. This was probably a reasonable decision, but later experience cast some doubts as we will see.

Now working on my own, being single and no family waiting at home, tests continued with both machines, driving them hard until either a shear bolt or something else broke.

Talking of breaking, I remember all the fuss about running a four minute mile. I’m pretty sure I managed that after unblocking a baler and finding a handful of hay which wriggled! Fortunately the business end of the puff adder remained in the baler and both halves were enjoyed by the bale collecting gang for lunch! On another occasion a snake decided to have a rest around the water pump on a Bedford pick up. Extracting the bits from around the fan and radiator was a task which I would have preferred to have offered for sub contract!

Our next challenge was lack of hay on our farm. We found that the Northern Municipal Farm had good grass and would be happy to see the balers. However, in those Apartheid and regulated days the only practical way to get our kit round Johannesburg involved driving tractor and baler through Soweto, at a time when train drivers had armour plate surrounding their cab when passing through!

Fortunately our tractor drivers from the farm had good relations with the trouble makers in Soweto and I was assured that I wouldn’t be attacked when driving our uncabbed MF148 and baler through the township. This proved to be the case and our reputation with the locals stood us in good stead later on.

Meanwhile, back at Aylesbury, the experimental department had been hard at work using our sketches and production parts to build a ‘first off’ machine.

This 276 did a few hand fed bales, was stripped down, packed and flown out to be reassembled and put to work all within a week!  Further testing ensued whilst the factory geared up for production. 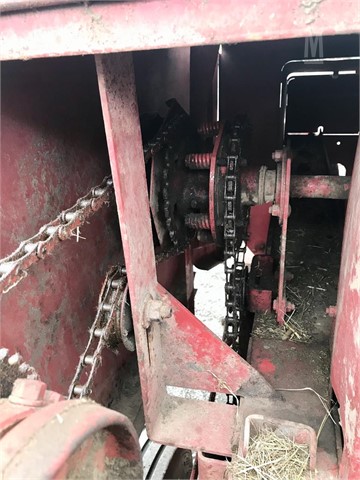 In retrospect it isn’t a good plan to introduce too many new parts at the same time…….

Without a long dissertation I can tell you that there are a lot of issues with the PTO driveline on a baler (just watch the puffs of black smoke from older videos!). The introduction of a wide angle PTO shaft, multi sintered plate slip clutch and much thicker shear bolt caused lots of problems. Coupled with that a few short cuts in using existing parts rather than the new ones managed to create completely new issues.

Now the previous New Zealand importer lost the agency and to encourage our new one, Andrews and Bevan, the first fifty 276’s were sent to the other end of the world!  Lots of issues reared their ugly heads, particularly PTO shaft failures and twine run problems.  Not all Kiwi farmers have unlimited patience!

The following winter found me in Hamilton NZ in a Holden car visiting unhappy customers armed with new parts and a few tools getting a grip on these problem machines. In particular it was necessary to check the slip clutch torque on a regular basis as it was suspected that these were seizing and causing PTO failures. Fortunately Andrews and Bevan were the brake and clutch lining manufacturers for New Zealand so we could experiment with different specifications to get over this problem.

One customer reported no issue with his PTO which caused some head scratching. It turned out that he had fitted a Wisconsin petrol engine and went baling with a Land Rover! In order to check clutches I became adept at tracking as the Dunlop Stabilia tyre was unique to the baler and you could follow quite easily along dirt roads either to the working field, or not infrequently to the beach where the driver would be fishing, barbecuing or swimming.

As well as the driveline issues, there were a few tweaks we could perform with dramatic improvement to knotter reliability – I can tell you that these resulted in a number of impromptu parties as the reputation of the baler became more positive.

Back in England I became head of baler testing with a number of projects on the go, but one final  detail in this story stands out. Safety guarding became a hot issue and the question arose, how to guard the flywheel when you needed access whenever a shear bolt had to be changed? It was clear that the full cover already de 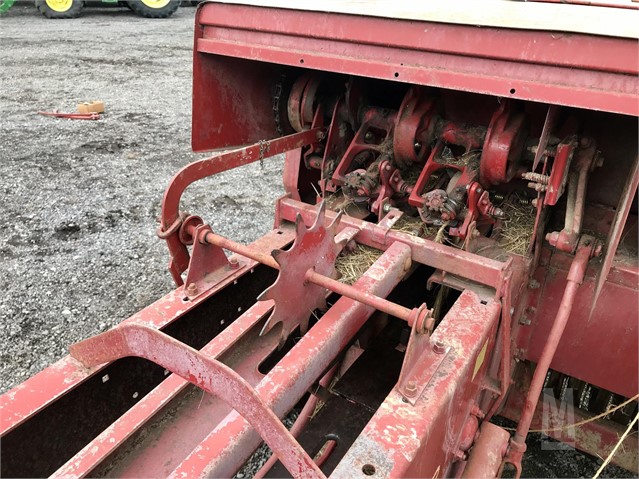 signed would be removed and never replaced after just a few breakages. Perusal of the regulations indicated that the flywheel could be exposed provided that the rotating clutch was covered and every surface was smooth. A plastic waste paper basket provided the cover but had to be easily detached/reattached as required whilst achieving safety objectives. Eventually a suitable spring clip solved the issue, but a special Karate like technique had to be learnt to effect elegant removal!

Another bit of useless information is that it was impossible to align the main feeder chain and knotter drive without designing a new knotter clutch. We decided, when building the prototype,  after a couple of beers, that this drive wouldn’t mind being 7/16” out of line, and so it proved, never to be changed!

The 276 was pretty successful, but expensive, so I nursed the cheaper 270 into production, notable for having the lowest warranty cost of any NH product.

Although the Aylesbury factory developed more balers using a ‘Channel Flow’ feeder (heavy and complicated) and eventually  the ‘Tel Flow’  feeder, the advent of big round and ‘square’ balers sounded the end of the line for its main product with inevitable closure. 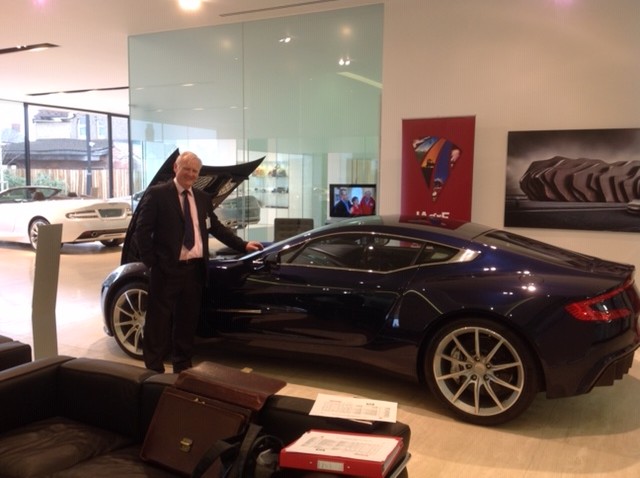