The Institution recently gave me a certificate recognising my 50 years as a member and suggested I briefly summarise some of my memorable experiences.

I couldn’t have wished for a better career! I started as a lecturer at the West of Scotland Agricultural College. From there I went to the agricultural engineering department at Tralee RTC, and then to Curtin University in Perth Western Australia.

My next appointment was at Rutgers University in New Jersey, USA where I joined a team working on large scale composting and some initial work on the feasibility of electric vehicles for use in agriculture.

My next position was at South Dakota State University where I eventually became professor and head of the Department of Agricultural and Biological Materials Engineering. My research involved a team working on battery powered vehicles, a version of which was adopted by INCO in Canada. I was also involved in studies on traction and on root growth, and was fortunate to work with a number of visiting scientists, including Dr Hettiaratchi from Newcastle university. Then on to the National Tillage Crops Research Centre in Carlow, Ireland working on spatial variability in grass crops. My last ‘stop’ was as Principal of Rodbaston College in Staffordshire.

Did I enjoy every minute? Well, almost!

Alastair Taylor, CEO intoducing Ralph Alcock at the IAgrE Awards and celebrating his 50 years with the Institution 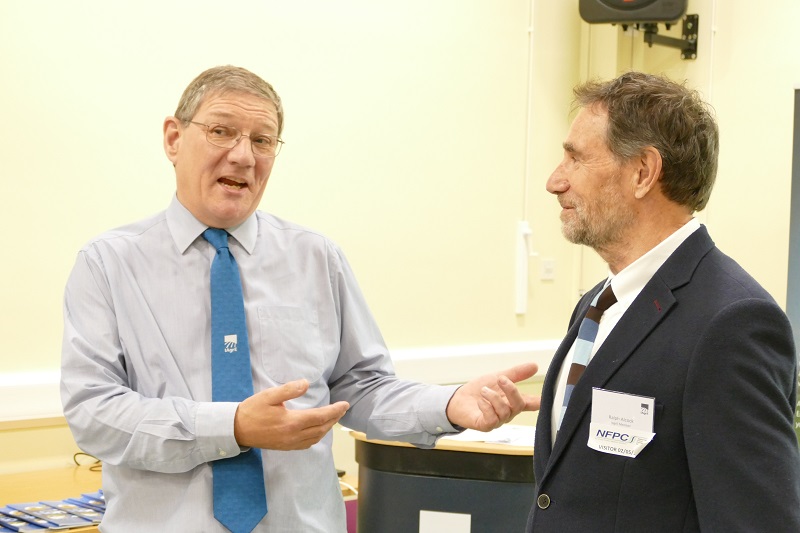