Stephen Davies from Llanymynech was presented with the Young Engineer Award on day two of leading farm machinery show LAMMA in Birmingham on May 5. His entry – the DTec 200 – is a feeding and mixing bucket, which when attached to a small tractor or telehandler allows accurate mixing and delivery of feed rations to cattle. It is believed to be the first such product for use on a small scale.

"I'm really surprised and delighted to win," said Stephen. "Winning the award will give me more confidence and I hope now to push the product on more." The first DTec 200 will be available for sale in October this year and Stephen now has several other projects in the pipeline too.

Presenting the award, Robert Willey from sponsor Househam Sprayers said he was particularly impressed with Stephen's entry because of its role in increasing efficiency on farms. "All farms, whether they are producing crops or livestock, have got to use inputs in the most cost effective and sustainable way."

Charlie Nicklin, chief executive of the Institution of Agricultural Engineers, which supported the award, agreed: "Stephen's entry was impressive because he came up with a novel system that was commercially viable for a smaller farm.

"It is essential that we promote agricultural engineering in the UK and encourage more people into the industry. Awards like this are really important – they highlight individuals and the great work that is going on."

The other finalists were: Will Dunn, creator of the Ag-Drive app; Thomas Land for the Landwrx IRM-8R inter seeder; Hywel Phillips who developed a modified 40ft combine header trailer; and Colin Taylor for his Rumex intelligent spraying system. 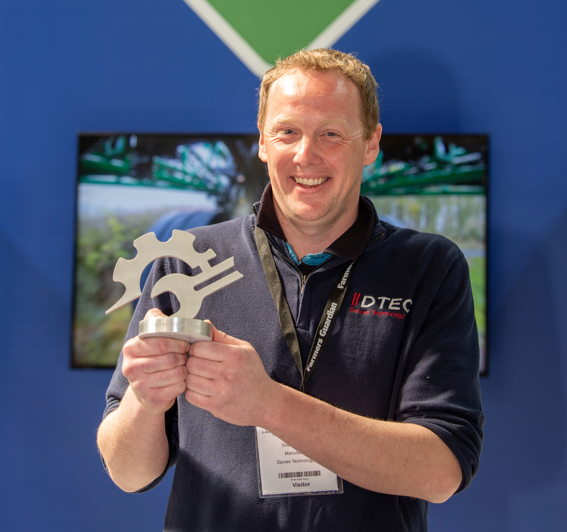