Scunthorpe-based Jones Food Company (JFC) has broken ground on its second UK site, which is set to become the "world's largest vertical farm" located in the Forest of Dean.

he new state-of-the-art indoor farm is being built in Lydney and promises to provide 148,000 sq ft of growing space once complete.

JFC, which is backed by online supermarket brand Ocado, said the site would "comfortably" be the biggest of its kind in the world.

Set to be named 'The Garden of England', once fully operational the multi-million-pound facility will be the size of 70 tennis courts and supply more than 1,000 tonnes of fresh produce to thousands of supermarkets across the UK.

Opening its first farm in Lincolnshire in 2018, which is Europe's single largest vertical farm, JFC said within a decade it hopes to supply 70 per cent of the UK's fresh produce from its network of vertical farms.

James Lloyd-Jones, founder of JFC told the Grocer: "We already supply thousands of British retail stores with basil grown in our first facility in Lincolnshire but this new site, which is three times bigger, will allow us to supply tens of thousands more stores and to widen our product offer with our partners.

"And this isn't the end, we fully anticipate more facilities in other parts of the country and around the world in coming years. Scale is key to sector success and we now know how to 'do big'. We are seeing investors piling in to support our innovation as they see the scale of opportunity and our rapid growth since 2017."

On its website, JFC state that its farms allow produce to be grown in 17 layers, making every acre of land 17 times more productive.

Mr Lloyd-Jones added: "It allows us to grow entirely without pesticides and using 95% less water. And it means we can significantly reduce the air and road miles of the foods we grow. But vertical farming doesn't just make environmental sense, it makes economic sense too.

"Scale is vital to create a cost base that allows us to deliver delicious, healthy herbs, salad leaves, cut flowers, fruit and veg at a price the average shopper also really likes. This second facility further cements our ability to do this."

Ocado purchased a 58 per cent stake in JFC in November 2019 to support the building of further farms and is believed to have now increased its holding to approximately 70 per cent.

It is hoped that the site in Lydney will open in early 2022 and initially grow mint, parsley, coriander, dill, spinach and mixed salads. 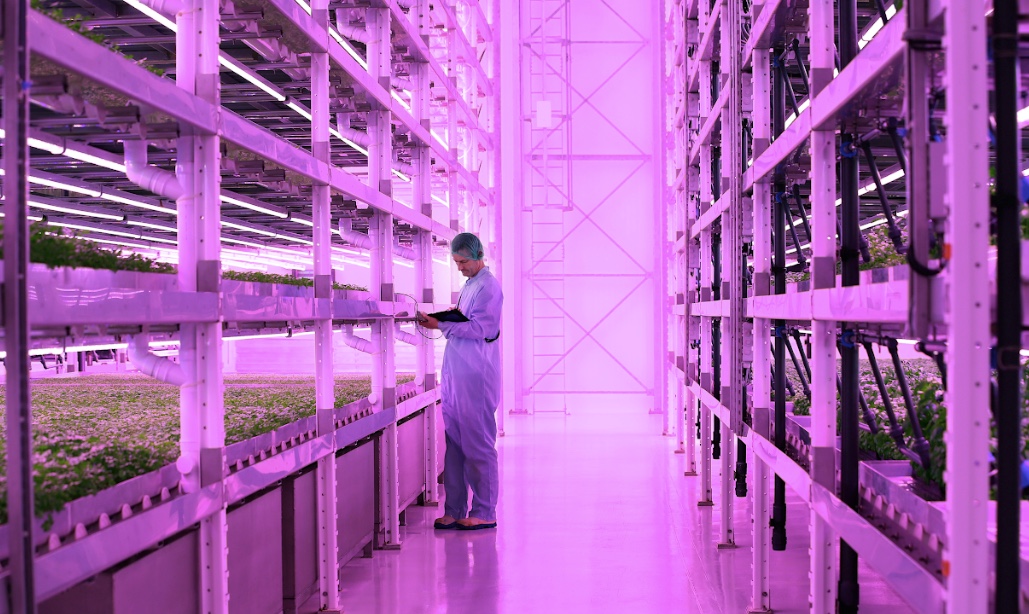