The winners of the 2019 AgriMachinery trade News Excellence awards received their awards at a special ceremony held at Concorde, which is based at Manchester Airport.

Publisher Andy Newbold said, "It was a great opportunity to come together to celebrate the often unsung and overlooked heroes of the machinery supply chain who are busy going the extra mile to keep UK Agriculture farming."

The Blue Ribbon award for Outstanding Contribution to Agricultural Machinery  - perhaps the most prestigious award of the day - went to Mzuri.

Awarded for his extensive knowledge and dedication to the agricultural machinery industry, Martin has been the driving force behind Mzuri’s development and growth. Unfortunately, he was unable to attend the ceremony, so part of his team accepted the award on his behalf.

Judges commented, ‘Everything this company seems to do is right, and Martin has seen the concept through from initial idea to its current market position’.

The Mzuri team thanked everyone who took the time to vote and said it is a privilege to be recognised for their efforts in the industry as they strive to continue to provide exceptional service.

This years winners were chosen from a very strong field of nominations from their peers in the industry. ‘Its high praise indeed when a customer or a supplier makes a nomination, and this years winners deserve the recognition of these awards’ Andy continued. 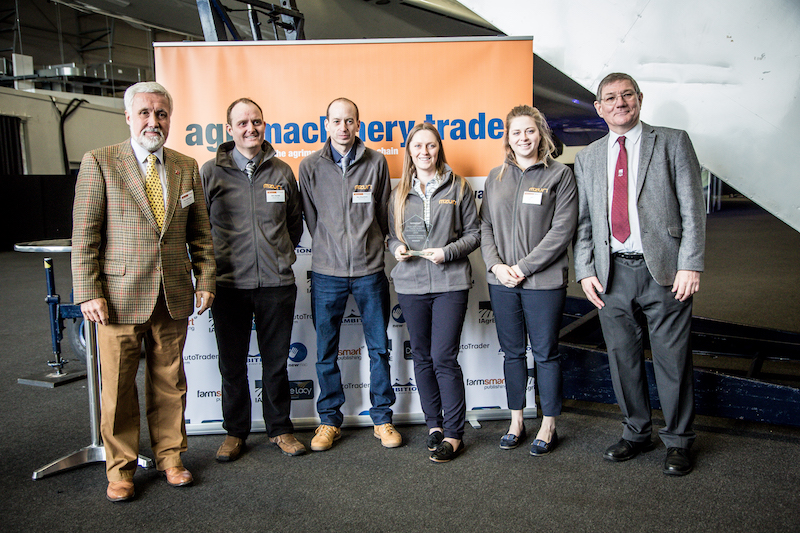 Martin Lole of Mzuri, who sadly could not attend the awards L-R Paul Hemingway (IAgrE president elect) Will Davies, Ben Blackford, Dani Bond and Rose Llewellyn of Mzuri Limited and Alastair Taylor (CEO) of the awards sponsors the Institution of Agricultural Engineers (IAgrE)