An agricultural engineer and entrepreneur from Co. Tyrone has won the 2023 Young Engineer Award at LAMMA, the UK’s leading farm machinery show.

Daniel Broderick, from Omagh, was revealed as the winner on day two of the show at the NEC, Birmingham (11th January 2023) for his Cubi-Care machine. The machine, which Daniel has been working on since 2013, makes the process of cleaning dairy cow cubicles much quicker and easier.YE Award

It was the second time the organisers of LAMMA have teamed up with the Institute of Agricultural Engineers (IAgrE) to run the award. Daniel and the other two finalists, Connor Wise from Hereford and Christopher Chavasse from London, were shortlisted by a panel of judges with the winner decided through a combination of public and panel votes.

“After a lot of years’ hard work it is fantastic to be recognised with this award,” said Daniel. Inspiration for the machine came from seeing how laborious the process of manual cubicle cleaning was on his uncle’s dairy farm. “I decided there had to be a better way of doing it.” After developing a prototype which his uncle trialled on the farm, Daniel started to develop it commercially. “My ambition now is to start supplying farms across the UK via dealers and have already started working with a dealer in north of England and south Scotland.”

As well as helping with the promotion of his product Daniel, has appreciated the networking aspect of the award. “It was great to meet the other two finalists and hope we will stay in touch and maybe work together in the future. It was also great to be able to attend LAMMA as I haven’t been before. The size of the show is really impressive, and I would like to come back as an exhibitor next year.”

Will Jones, Head of Marketing for award sponsor DF Capital said: “Sustainability, innovation and continuous improvement are all things we want to really focus on, so we were delighted to sponsor the award.”

Charlie Nicklin, Chief Executive of the Institute of Agricultural Engineers (IAgrE) said it was important to support young engineers coming into the industry, which needs new entrants.

“There are so many vacancies within agricultural engineering despite it being an engaging, rewarding and fulfilling field. We need to support and reward entrepreneurs with novel designs and to encourage others. The Young Engineer Award at LAMMA is ideal for this purpose.”

Nicola Bell, Head of Events at Agriconnect which organises the show, agreed: “At LAMMA we love to celebrate innovation in agricultural engineering. Encouraging and inspiring new talent is extremely important to us and to the wider industry, and we are delighted to do that through this award.

“Daniel was a very worthy winner with his Cubi-Clean product which is already making a difference to the efficiency and productivity of dairy farms. We wish him every success with developing it further in the future.” 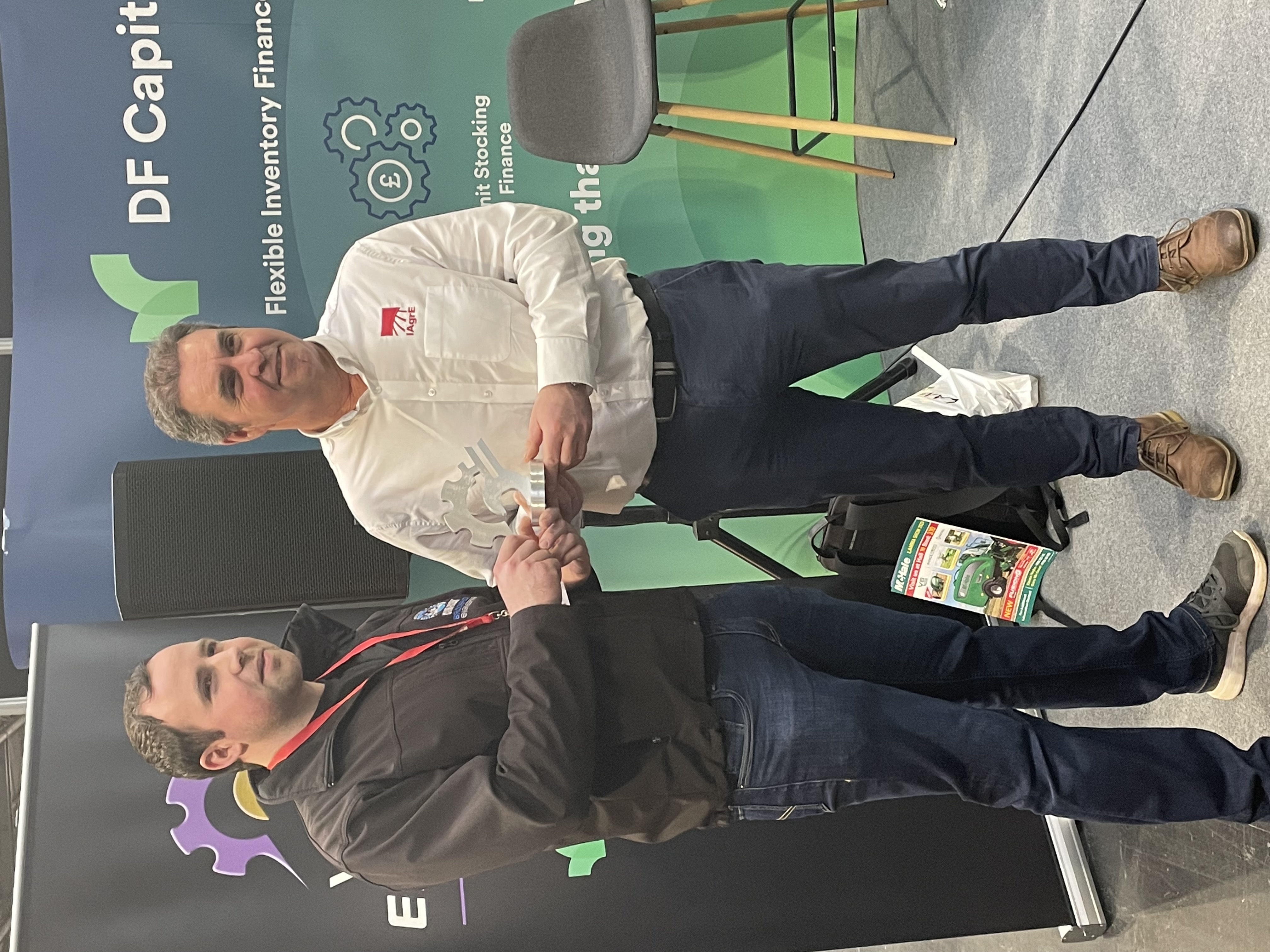