Dr Peter Payne, most widely remembered as the first Principal of the National College of Agricultural Engineering, Silsoe, sadly died in March 2020 aged 92. Dr Payne graduated with a degree in agriculture from Reading University and gained an MSc (Dunelm) in Agricultural Engineering at Kings College, Newcastle.  His first post was as a Scientific Officer in the Soils Department at the NIAE, latterly Silsoe Research Institute.  At Silsoe he did pioneering work in the application of fundamental soil mechanics principles to the interaction between cultivation tines and the soil.  This work showed clearly the influence of tine geometry on the forces involved and the extent of soil disturbance under different soil conditions.  It also showed the potential of using this approach in soil / machinery studies in the future.  On the basis of this research, he was awarded a PhD by Reading University.

Following his work at the NIAE, he took up a lectureship at Wye College in Farm Mechanisation and whilst there, he developed a particular interest in identifying potential careers and training needs in agricultural engineering. Through papers and numerous visits, he brought these to the attention of the industry and young people contemplating their future careers.  Whilst at Wye he became deeply involved in the work of the Institution of British Agricultural Engineers, later to become the IAgrE.  He was a member of Council and Chairman of the Papers Committee and later was instrumental in setting up the South East Midlands Branch of the IAgrE.

After numerous submissions and consultations within the industry, particularly with the IBAE (now IAgrE), the AEA and the AMTDA (now BAGMA), the Government accepted that there was a need to establish a College for training personnel in agricultural engineering.  This training would have to embrace not only UK needs but also those of international students.  As agricultural engineering was a relatively small industry, the Government took the decision to set up a separate National College of Agricultural Engineering to meet this need and it was to this College that Dr Payne was appointed Principal in 1962. The first cohort of students initially studying at Boreham House, near Chelmsford in Essex, courtesy of the Ford Motor Company, until construction of the NCAE at Silsoe was complete.

It can be imagined that setting up this College was no small task, particularly when the needs of the industry ranged widely from the training of technicians through to the requirements for advanced design engineers.  No doubt after much discussion and persuasion, and gaining the support of the Board of Governors, Dr Payne convinced all parties the most appropriate way forward was for the College to concentrate on providing advanced academic courses.  These courses should be capable of standing alongside those of other Professional Engineering programmes, which meet the requirements of their own particular professional bodies such as IMechE and ICE.  This decision did not mean the abandonment of the training needs of disciplines requiring the more practical, hands on skills required by technicians. These needs would be met through courses in other training establishments.  This welcome decision provided however, another major hurdle for the Principal to overcome, namely, how to ensure the academic standards achieved within the College would be recognised by outside bodies.

The National Colleges, not being connected to Universities did not have a recognised system for identifying the standard of their courses, and hence the new College awarded an ‘Associateship of the National College of Agricultural Engineering’ rather than a BSc degree to the first three graduating classes.  This situation was rectified after a number of years with the establishment of the Council for National Academic Awards.  Dr Payne and colleagues immediately submitted the curriculum of the College Associateship to this Council and because of its standard it was readily approved for a CNAA BSc degree.  The College also established a Postgraduate Diploma programme and an academic link with Reading University to permit both Master of Science and Doctorate students to register for postgraduate degrees.   This degree situation was resolved further in 1976 when the College became a Faculty of the Cranfield Institute of Technology with its own University Charter. Following the link with Reading University Dr Payne was recognised with the academic title of Professor.

When deciding on the internal departmental and course structure for the College, Dr Payne had to take into account the needs of both the British and overseas situations.  He considered the existing UK concentration within agricultural engineering on machinery design and mechanisation to be too narrow and felt it needed to be broadened.  He was influenced in this by the structure adopted by American universities, which he considered to be very satisfactory, but required that the Silsoe programme should include emphasis on both temperate and tropical agricultural systems.  The departmental structure decided upon, comprised of four departments, namely, Engineering Design, Field Engineering, Environmental Control and Agronomy.  Field engineering would be responsible for the inclusion of programmes in areas such as soils, irrigation, drainage and soil conservation, with farm buildings being included in Environmental Control.  This structure proved with time very satisfactory and had a significant influence on the membership structures adopted within IAgrE in subsequent years. To execute the course programmes, Dr Payne recruited a group of young professional staff coming from a range of disciplines, many with overseas experience.

Dr Payne’s final major contribution to developments at NCAE was made following a Government directive that all National Colleges should cease to be independent and join with another larger institution. In conjunction with the Governing Body, various discussions took place with a number of Universities, to identify the most appropriate one for the College to become part. The final decision was that NCAE should become a Faculty of Cranfield Institute of Technology (latterly Cranfield University). The Faculty title chosen, namely, the Faculty of Agricultural Engineering, Food Production and Rural Land Use, indicates how the NCAE had and was developing under his leadership. This transfer to Cranfield took place in 1975 and at that point, Dr Payne decided he would leave academia and agricultural engineering completely and take up farming in Cornwall, which also permitted him a greater opportunity to enjoy his love of sailing.

Within the College itself, Dr Payne always recognised that the success of the College was the result of the team effort and from the beginning encouraged the development of a strong community spirit. His team embraced everyone from maintenance personnel through to academic staff.  This spirit still exists today among the remaining former Silsoe community and alumni.

Like with everything else, the ‘proof of a pudding lies in the eating’, namely the views and thoughts of the thousand students from fifty countries who passed through the College during his tenure. Examples of their grateful thanks can be seen in the excerpts from the two letters written to Dr Payne in 2017 and 2018 following the “50th Anniversary” reunions of the early graduating years and signed by the attendees. His family report that he frequently talked about being remembered by his former students and was very proud of the letters of thanks. These students, along with subsequent alumni, forged very substantial careers in industry, academia, government, international agencies and farming - but they never forgot and are always proud of their Silsoe roots.

“Silsoe is held in high regard by us all and it speaks for itself that we are coming together after 50 years to reflect upon our time there. Silsoe equipped us well to face the future and the wide and varied career paths that followed.

It was the skill and efforts of you and your staff that made the NCAE at Silsoe such a rewarding experience for us all. In particular we would like to pay tribute to you personally for your dedication and tenacity in making Silsoe happen and in being the success it was.” July 2017

Again, this was held at the ‘Star and Garter’ and for many of us, this was the first time we had met for over 50 years!

Your leadership, together with the skills and dedication of the NCAE Staff, made our time at Silsoe a very special time in our lives and provided the foundation for our varied careers that followed.

Like our colleagues from last year’s reunion, we to would like to thank you for your vision, tenacity and dedication in making Silsoe happen for the benefit of us all.

Our best wishes to you and your wife Maggie.” July 2018 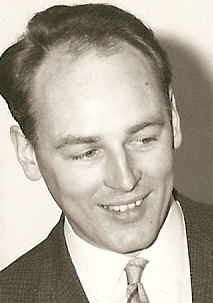 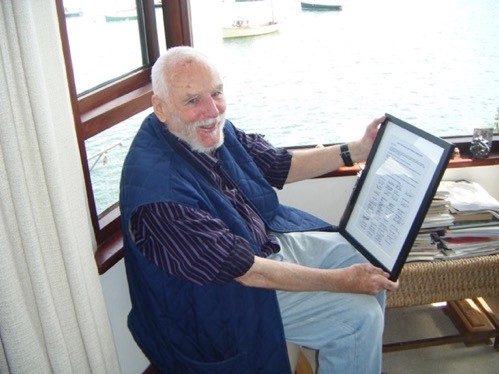