Allan Langley, who worked at the SRUC and its forerunners for almost 40 years, died on 1 February at the age of 73. 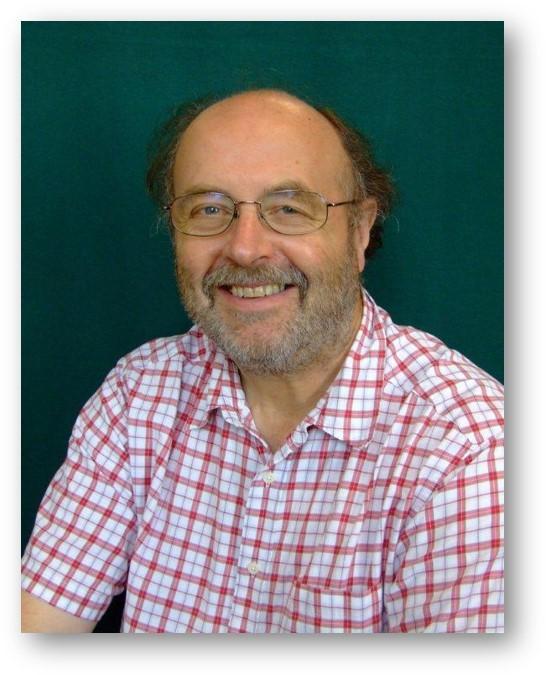 Allan, a native of Glasgow, taught or advised many of the people who now manage farms and work in rural businesses in south-east Scotland and further afield.

His interest in agriculture was kindled at an early age, when he spent his summers helping on his uncle´s farm in Aberdeenshire.

He studied for a BSc Agriculture degree at Glasgow University - which included a year at Auchincruive - and then went on to complete a Diploma in Agricultural Engineering at the West of Scotland Agricultural College.

He got a job as a liaison officer at the National Institute of Agricultural Engineering (Scottish Station) on the Bush Estate, where he provided a successful two-way link between the Institute’s research work and the Scottish Colleges’ mechanisation advice.

He continued to develop his engineering knowledge and skills by studying for an MSc in Agricultural Engineering at Newcastle University. In 1974, he joined the East of Scotland College of Agriculture as a Mechanisation Adviser and was given a dual role, providing specialist advice to farms covering an area from Angus to the Scottish Borders, and teaching engineering and mechanisation to OND and HND students.

That was an era in which food production was regarded as a high priority, and he was busy promoting best practice in cultivations, irrigation, potato harvesting, crop storage, livestock feeding and the management of tractor and machinery fleets. Many farmers will recall the regular ‘clinics’ that Allan organised to check calibration of grain moisture meters, and his use of the ‘electronic potato’ to identify potential damage and assess improved techniques when lifting and grading potatoes.

His contributions to the Agriculture courses included lecturing on cultivation machinery and organising practical sessions in the field and engineering workshop. Allan served as the SCOTVEC moderator and examiner for mechanisation subjects within the OND Agriculture courses.

After the amalgamation of the Scottish Colleges and formation of SAC (later SRUC), Allan continued with advisory and consultancy work, and broadened his teaching remit, maintaining and demonstrating his belief in the Scottish system with its integration of R&D, advice and education.

The range of subjects he taught was expanded to include Data Handling, Waste Management and Horticulture Mechanisation. He also taught aspects of building technology, having updated his own skills and gained an HNC in Building Studies at Napier College of Science and Technology.

He organised practical skills courses for students in a range of topics including forklift handling, sheep shearing, and chainsaw operation. Allan himself acted as a trainer on many crop spraying courses. He also took on a greater role in the development of new educational courses, with an increasing emphasis on environmental management.

Allan issued advisory leaflets on a range of engineering topics, wrote articles for the farming press, and contributed authored chapters on Farm Machinery and on Crop Drying & Storage in the highly regarded Primrose McConnell Agricultural Notebook. For many years he was responsible for all the machinery costings in the SAC Farm Management Handbook. With a natural talent for writing, he was ever ready to assist colleagues in the preparation and editing of their own technical publications.

When the College developed agricultural consultancy interests outside of the UK, Allan took his skills and advisory methods to Poland, where he demonstrated and applied them on farms.

He earned the respect of colleagues and clients through his skills in problem-solving and had a naturally calm and tactful manner when dealing with people. Those same characteristics helped him to maintain an excellent rapport with students. He always sought to give those students a rewarding experience; supplementing formal lectures with quizzes, practicals, visits and study tours in the UK and overseas, and in 2012 he was presented with the College’s ‘Excellence in Teaching’ Award.

He was a key figure in the organisation of a series of major on-farm industry events - Tillage (since 1992) and ScotGrass (since 1995) - in collaboration with the Agricultural Engineers Association and ADAS.   These very successful events have made a substantial contribution to knowledge transfer and efficiency in the agricultural industry.

Allan had many other interests, including travel and particularly family holidays in France. He played football and tennis in local clubs and was an avid supporter of Aberdeen FC. He displayed considerable skill in solving crossword puzzles and was very knowledgeable about literature and classical music. With that broad range of interests and knowledge, he was much in demand as a quiz master for sports clubs and social events.

Allan is survived by his wife Kate, their three daughters and nine grandchildren.