We were delighted to be hosted on Tuesday 20 March 2018 by Perkins Engines Company Limited in Peterborough.  Perkins had provided us with a large room with plenty of space for preparation and scrutineering and a very comfortable space for the Competition itself.

We had 10 teams competing in 2018; from the Royal Agricultural University, Perkins Apprentices and Easton & Otley College.  The competition was fiercely contested with a close run final between, the RAUbotics team, Mean Machine and Plastic Fantastic with Mean Machine from Easton & Otley the eventual winners with a course record (we may have to enlarge the test equipment!).  Plastic Fantastic came a close second and RAUbotics took third place.  Lil-Wolf a team of Perkins Engines Apprentices won the Class 2 competition.

Sam Simpson & Kurtis Dack were delighted with their prize money from IAgrE and the fabulous tool set gifted by our sponsors Bosch Rexroth.  IAgrE CEO, Alastair Taylor, presenting the prizes said, "I was very impressed by this year's event.  The students were very engaged and the standard of the competition excellent.  Students and staff thoroughly enjoyed the day and the facilities at Perkins were impressive, everyone appeared to enjoy the factory tour and the networking opportunity."

Once again we would like to thank our sponsors, Autoguide Equipment, Bosch Rexroth & the Douglas Bomford Trust as well as our regular team of organisers, Richard Robinson HonFIAgrE, Richard Trevarthen FIAgrE & Peter Leech HonFIAgrE as well as Jonathan Booty from Perkins who made the visit possible. 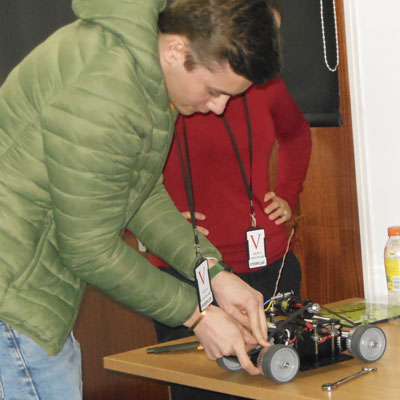 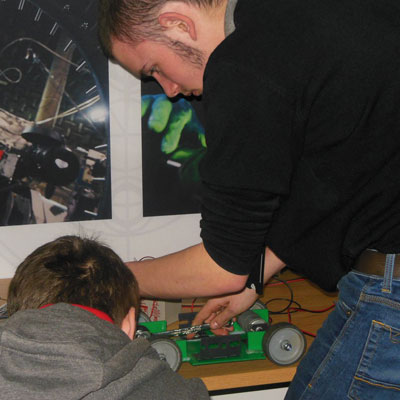 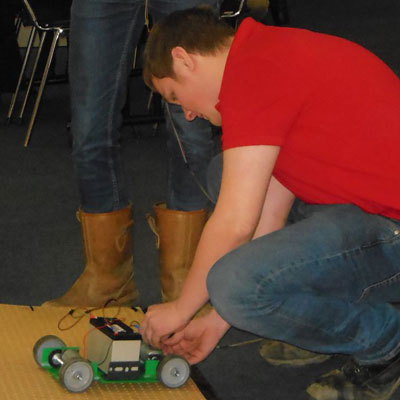